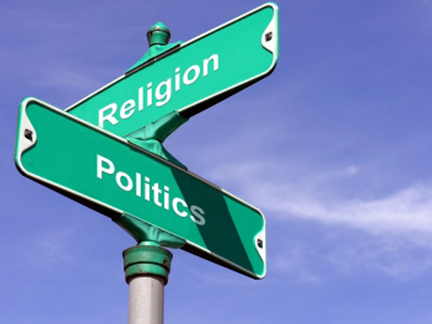 Major religion’s total followers in the world are:

6 million Jews live in Israel and rest of the 7 million are spread around the world especially in U.S, Canada and European countries.

Yet Israel/Jews control the foreign policies of U.S. Canada, Germany, Britain and some other European countries. Our current Prime Minister Harper is a lapdog for Benjamin Netanyahu and Obama does not dare to do anything which may look against Israel. Previous presidents of U.S. were the same way. Obama is also fighting for the approval of Congress of the agreement reached with Iran which will stop Iran from producing atomic bombs.

The real hypocrisy is that according to the former President Jimmy Carter Israel has over 200 nuclear warheads or nuclear bombs but if any other country in the Middle East gives the impression that they are going to get nuclear arsenal the hell breaks loose. I am baffled by this. I believe that no country in the world should have nuclear arsenal. Russia has so many nukes that it can destroy life on the planet earth many times over. Same goes for the U.S.

Also Israel continues to butcher Palestinians in Gaza, West Bank and Lebanon. Yet no leader in North America, Germany and Britain say a beep. Only statement you hear is that Israel has the right to defend itself. Israel’s treatment of the Palestinians has been labelled by Bishop Tutu of South Africa as apartheid and only worse than the one existed in South Africa. A Jewish MP of Britain, who is a great supporter of Israel said that what Israel is doing to Palestinians is genocide. You may watch the video about Jewish British MP Gerald Kaufman' statement: here.

Invasion of Iraq in 2003 caused turmoil in many Muslim countries. Canada, U.S. and some other NATO countries are bombing Iraq and Syria ‘to save the civilians’?. Why there is so much hypocrisy? I am totally baffled.﻿ Recommend this post
Posted by LeDaro at 1:12 pm