Weather around the world and U.S. is a clear indication of climate change that we humans need to pay attention to before it is too late.

To watch a video on weather in U.S. please click Tornadoes in U.S. .

Recommend this post
Posted by LeDaro at 12:11 pm 3 comments

One can do a google search and find a plethora of racist images of Barack Obama and Michelle Obama and yet this is what’s fuelling outrage?  Listening to the interview and context, Obama’s use of the n-word made sense.  It was about how, while there has been much progress in race-relations, much more needs to be done.  It was blunt, it got people talking, though I’m worried a lot of the media coverage misses the point, trying to turn it into a gaffe-of-the-week and not recognizing the depth and seriousness of the problem Obama was talking about.

Blacks are literally being gunned down in city streets in America, deep inequalities persist.  A few feel-good gestures are not enough, that’s what Obama was getting at. What’s especially ironic is conservatives, who have engaged in dog-whistle politics against African-Americans for decades, choose to get outraged over this.

Recommend this post
Posted by LeDaro at 12:54 pm 2 comments

Politics and its Discontents: Some Days I Don't Have To Write Anything-Lorne

"Politics and its Discontents: Some Days I Don't Have To Write Anything: ... thanks to groups like this:"


Recommend this post
Posted by LeDaro at 2:04 pm 0 comments

Pope Francis is a progressive person

He extended a hand of friendship towards all religions including Islam. He urged Israel to live in peace with Palestinians and accept two-state solution.

Now he is speaking up on Global Warming.


Recommend this post
Posted by LeDaro at 3:00 pm 0 comments

Storms in U.S. and Global Warming

There have been too many storms last few years in U.S. In Maritimes we got storm Arthur last year. It was quite furious. I lost one big tree in my backyard. Luckily it fell on an angle and spared my house. These are all the indications of global warming. People in their 80's and 90's said that they have never seen and experienced anything like this before. We better start paying attention to this erratic and severe weather.

I watched a documentary on CBC which indicated that global warming is impacting oceans and life in oceans. Read more here. Recommend this post
Posted by LeDaro at 2:27 pm 4 comments

This is puzzling news. Evan Solomon was quite good host of Power and Politics. I watched this program every once in a while. I thought it was quite informative. I don't understand what's going on at CBC. It looks that Harper Government has cut CBC funding by over $200 millions and some employees were making money on the side. Few others are doing it too including Peter Mansbridge, the host of CBC National, -giving speeches unrelated to news and charging high fees. 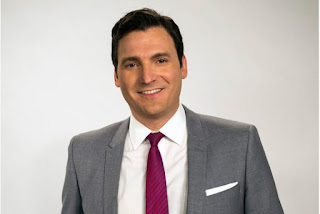